According to the Chian historian Theopompus, Oenopion, son of the god Dionysus, taught the Chians to cultivate vines and produce the "black wine", one of the most remarkable and famous products that Chios produced in antiquity.

The travelers connected the Ariousios Wine with Homer, who they believed to have lived on the island and developed the theory of the existence of "Homer's Wine" or "Homeric nectar" or "Homer's Vine". The people of Chios proudly offered their wine, reminding them that this was the wine that Homer had called "sparkling black wine."

Besides, Aristophanes in "Ecclesiazusae" urged them to drink Chian wine, while the Athenian in "Deipnosofistae" mentions it as "the best one".

The geographer Strabo defines precisely Ariousia Chora (land) between the mountain "Pelinnaion" and the "Melana Akra" Cape, as an area "… producing the most excellent among Greek wines"… In NW Chios, where Mount Amani dominates, this area was producing excellent quality wine in recent times too, especially in the area of ​​Kourounia village.

The Romans, along with the lights of Greek culture, received also Ariousios wine and Latin poets such as Horace and Virgil praise it in their poems.

Its fame continues in Byzantium when, according to Porfirogennitos, the Chian wine was offered at the imperial table as "the strongest" and according to Michael Psellos "… it nourishes the nature of the body…".

It has been widely used in medicine. The famous doctor Galinos from Pergamon used Chian wine for the preparation of various medicines and antidotes. 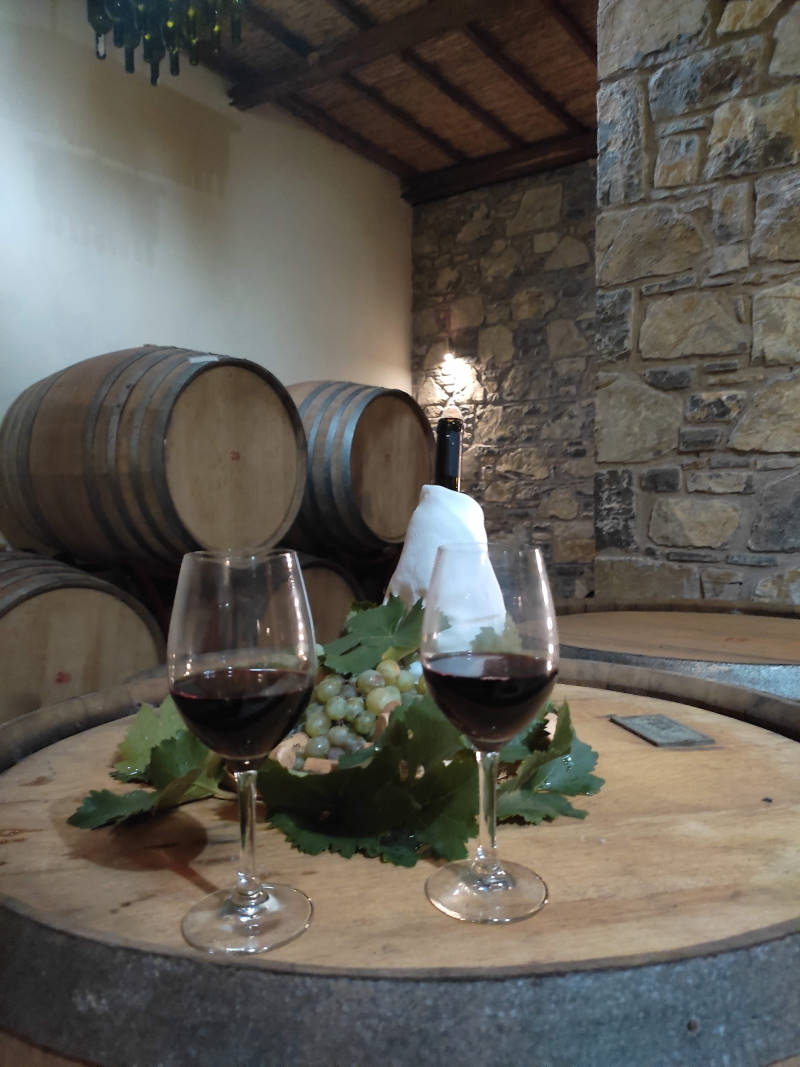 At Sat Artisan Wines in Australia they believe in wines "from areas with indigenous grape varieties combined with the terroir and the men and...

A new collaboration with the MARKOPOULOS company in Gringy, France has just started and ARIOUSIOS S.A. wines’  are already available in the market...

The winery is officially open to the public.

The visitor can visit the wine production site, the oak barrel cellars, watch audiovisual documentary about the history of the area and the wine and taste the wines among a small collection of traditional agricultural tools and objects.

The winery is officially open to the public.

The visitor can visit the wine production site, the oak barrel cellars, watch audiovisual documentary about the history of the area and the wine and taste the wines among a small collection of traditional agricultural tools and objects.

The facilities are accessible to people with disabilities.

We are organizing wine tourism activities and tastings of our wines at the facilities (by appointment).

The visit to the winery can be combined with organized hiking routes around the area of ​​Amani in the NW Chios. Also, with a visit to the Thermal Baths of Agiasmata and the cave of Agio Gala.

From September 1st onwards open to visitors only by appointment.